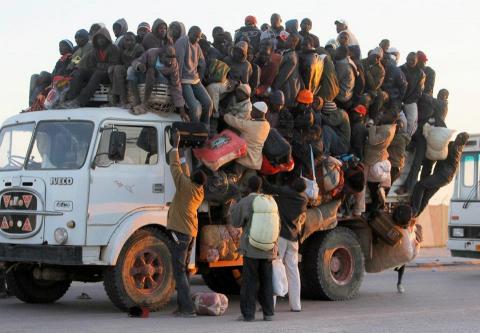 Type
Course
Location
Web-based
Date
2 May 2016 - 24 Jul 2016
Duration
12 Weeks
Programme Area
Governance, Local Development
Website
http://www.unitar.org/dcp/sustainable-urban-mobility-developing-countries
Price
$400.00
Event Focal Point Email
e-dcp@unitar.org
Partnership
GIZ
Registration
Public – by registration
Mode of Delivery
E-learning
Language(s)
English
Data Protection and Privacy
The personal data of participants applying for, registering for or participating in UNITAR's training courses and other events is governed by the Data Protection and Privacy Policy. By applying for, registering for or participating in this event, the participant acknowledges that he or she is, (or they are) aware of the policy and agree to its terms.
Background

The rapid and often unplanned and uncoordinated growth of cities has seriously compromised existing transportation systems and significantly increased the challenge of creating new transportation systems, especially in developing countries. It is indeed in developing countries that the greatest growth in motor vehicles has been seen in the past few years and is expected in the future, primarily in urban areas. The environmental and social impacts are significant and directly related to quality of life and urban productivity. These impacts include congestion, energy consumption, air pollution, and traffic crashes. Thus, urban transportation issues are of foremost importance to support the mobility requirements in these growing cities and require new approaches.

However, urban transport is a political rather than a technical issue. The technical aspects are relatively simple. The difficult decisions relate to the type of city we want and the way we want to live. Who is going to benefit from the models adopted? Do we dare to create a transport model different from that of the so-called advanced world cities? Do we dare create a transport system giving priority to the needs of the poor majority rather than the automobile owning minority? Are we trying to find the most efficient, economical way to move a city’s population, as cleanly and as comfortable as possible? Or are we just trying to minimize the upper class’s traffic jams? These questions are posed by Enrique Peñalosa, the former mayor of Bogotá (Columbia), who introduced a number of sustainable measures in his city.

This online course, based on the material jointly developed by GIZ and UNITAR, is designed to provide answers to the abovementioned questions, as well as solutions and alternative approaches in the area of urban transport planning that target a more sustainable transport system in Developing Cities.

The course aims to enhance the capacity of local decision makers and urban and transportation planners to formulate and implement appropriate policies that contribute to sustainability in urban transport in developing countries. It allows an analysis of the important issues of sustainable transport including transport demand management, improved public and non-motorized transport, environmental protection, road safety, and gender in transport. In order to achieve sustainability, it also provides some means such as economic and financial instruments, institutional improvements, capacity building, regulation of markets and environmental standards.

The course is composed of 6 modules that are covered in a period of 12 weeks, corresponding to about 70 hours learning time. On average the course requires 6 hours of study time per week.

This 6-module course is based on UNITAR’s sound adult learning pedagogical principles. Each module includes readings, self-assessment activities and quizzes. Participants also engage in hands-on and collaborative tasks. They have to work on a case study, where they can apply their knowledge practically, as well as to do peer-reviews and participate in group discussions. The learning activities are distributed in such a way to ensure the achievement of the learning objectives in a flexible manner. All course activities are moderated by a high level transportation expert.

The course is open to urban and transportation planners, decision-makers from local governments as well as representatives of service providers (national governments, private sector, NGOs) and international organizations involved in the transport sector worldwide. It is advisable to have prior basic knowledge of urban transport and/or urban planning issues. Participants should also have access to a computer with a reliable Internet connection.