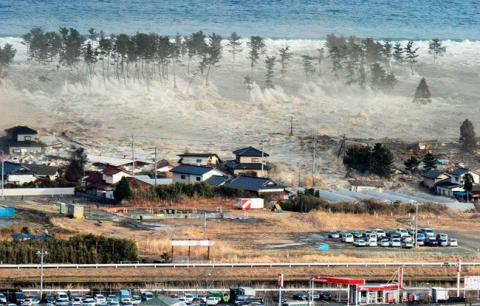 Type
Course
Location
Web-based
Date
12 Sep 2017 - 8 Dec 2017
Duration
13 Weeks
Programme Area
Governance, Local Development
Website
https://unitar.org/dcp/
Price
$100.00
Group discounts are available: contact us for more information!
Event Focal Point Email
e-dcp@unitar.org
Partnership
UNISDR
Registration
Public – by registration
Mode of Delivery
E-learning
Language(s)
English
Data Protection and Privacy
The personal data of participants applying for, registering for or participating in UNITAR's training courses and other events is governed by the Data Protection and Privacy Policy. By applying for, registering for or participating in this event, the participant acknowledges that he or she is, (or they are) aware of the policy and agree to its terms.
Background

Particularly in the context of increased urbanization, urban risk continues to rise. The vulnerability of cities to disasters is growing especially as poor people settle in high-risk urban areas. Unfortunately, the planning and development of cities has given little consideration to the consequences of hazards such as earthquakes, hydro-meteorological risks and others. The implication of this reality is the need for countries to focus on creating a safer world for urban dwellers and developing a series of innovative approaches to build resilience.

On the basis of these needs, UNITAR has developed the e-learning course Resilience Action Planning - Implementing the Sendai Framework at the local level.

This e-learning course aims to strengthen the capacities of government officials, especially those at the local level, and disaster management professionals to design and implement plans and programmes that reduce disaster risk and enhance resilience.

At the end of the course, participants will be able to:

This 6-module course includes interactive lessons that introduce the participant to the conceptual foundations of disaster risk reduction and urban resilience. The learning materials are presented through various media, such as text, graphs, images and video material, which contribute to better retention and enhance the learning process. Participants engage in a set of assessment quizzes, discussion forums, webinars with renowned experts and practical activities to facilitate interaction and experience sharing.

Besides the interactive lessons, participants engage in a set of practical exercises, where they can apply the knowledge gained to a real-life situation. Collaborative activities and discussion forums are other core elements of the course, organized to create collective knowledge and to facilitate interaction and experience sharing. The course also includes formative exercises as well as quizzes. A moderator guides participants through all the learning activities.

The course is open to city and local government officials, disaster management professionals, and representatives from academic and training institutions working on disaster risk reduction.

BONUS: Those students who perform excellent results will be rewarded by being included in the “List of Experts” of UNISDR. As an expert, you will have the opportunity of being consulted and invited to several workshops/ events.