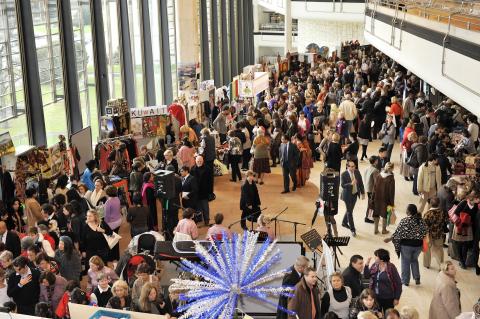 Type
Course
Location
Web-based
Date
24 Aug 2020 - 4 Sep 2020
Duration
10 Days
Programme Area
Governance, Multilateral Diplomacy, International Law
Website
https://unitar.org/sustainable-development-goals/multilateral-diplomacy/our-por…
Price
$1,300.00
A few fellowships for participants from SIDS and LDCs are available, reducing the fee to 800 USD. To apply for the fellowship and reduced fee please provide UNITAR with a passport scan and a CV.
A limited number of fee reductions or waivers is available for this event. Click here for more information.
Event Focal Point Email
info.ilp@unitar.org
Registration
By application & selection
Mode of Delivery
E-learning
Language(s)
English
Pillar
Multilateral Diplomacy
Data Protection and Privacy
The personal data of participants applying for, registering for or participating in UNITAR's training courses and other events is governed by the Data Protection and Privacy Policy. By applying for, registering for or participating in this event, the participant acknowledges that he or she is, (or they are) aware of the policy and agree to its terms.
Background

Honorary consuls have an important part to play in the international relations of many states, particularly smaller states and those unable to afford the costs associated with establishing conventional diplomatic and consular missions. While honorary consuls cannot replace traditional diplomats, they can facilitate multiple and deep engagements with political bodies, commercial organisations, nationals located abroad and citizens of receiving states. Their engagements can take place on different levels, including political, commercial and cultural. However, to best perform their role they need not only an understanding of the underlying legal aspects governing their role, but also practicial skills to fulfil their duties and responsibilities.

UNITAR has developed this course that focusses especially on the roles and responsibilities of honorary consuls in cooperation with Professor J. Craig Barker (Dean of the School of Law and Social Sciences at London South Bank University) and Richard H.Griffiths, Esq (Senior Advisor at Dentons Global Law Firm).

This short course is aimed at providing honorary consuls or those seeking to take up such an appointment with an understaning of the roles, responsibilities and underlying legal framework governing the work of honorary consul.

At the end of the course participants will be able to:

In the first week participants will explore the key legal principles pertaining to honorary consuls:

During the second week participants will dive into practical matters of the work of honorary consul, including UN protocol:

This course promotes an interactive approach through lessons and multimedia material, stimulating critical thinking.  Each part has its own learning objectives, as well as interactive online lessons, which guide participants through the contents. The lessons are also available in PDF format so participants can work offline. Contents and activities are practice-oriented and under a self-assessment approach, so participants will learn through practical examples and assignments associated with research and case scenarios. This experience will be supported by the UNITAR team, additional resources and material, and visuals such as infographics and videos.

The final e-workshop will be conducted via the platform Zoom and will be facilitated by an expert on the theme. The material presented in the workshop will be interactive and assignments will be given for participants to further advance their knowledge.

The course will be delivered through UNITAR’s e-learning platform and Zoom. UNITAR will not provide refunds for customers who face technical issues beyond UNITAR's direct control. UNITAR recommends that all prospective participants test Zoom for free at Zoom.us prior to confirming their payment.

Please see further information about all technical requirements for participating in this e-workshop here: https://support.zoom.us/hc/en-us/articles/201362023-System-Requirements-for-PC-Mac-and-Linux