跳转到主要内容
Your shopping cart is empty
Proceed with checkout 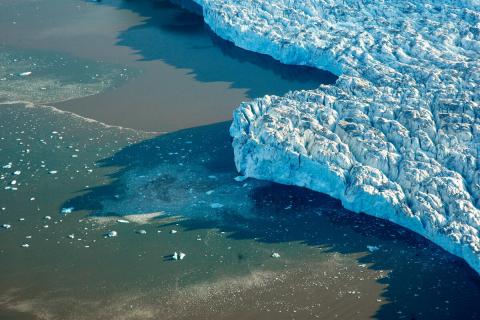 种类
Webinar
位置
Web-based
日期
21 2月 2022 - 24 3月 2022
期限
3 Days
项目领域
Multilateral Diplomacy
网址
http://www.unitar.org/
价格
US$0.00
活动协调人email
clara.lopez@unitar.org
合伙
Program on Negotiation (PON) at Harvard Law School
Ministry of Foreign Affairs of Japan and Consulate-General of Japan in Boston
Science Diplomacy Center - EvREsearch LTD
登记
By application & selection
交货方式
Blended
语言
English
支柱
多边外交
Data Protection and Privacy
The personal data of participants applying for, registering for or participating in UNITAR's training courses and other events is governed by the Data Protection and Privacy Policy. By applying for, registering for or participating in this event, the participant acknowledges that he or she is, (or they are) aware of the policy and agree to its terms.
背景信息

Why the Arctic and Why Now?

It is virtually certain that surface warming in the Arctic will continue to be more pronounced than the global average warming over the 21st century. The Intergovernmental Panel on Climate Change (IPCC ) process tells us that precipitation will be more intense and more likely to be rainfall rather than snow. Increased wildfires and abrupt permafrost thaw are predicted, as well as major ecosystem disturbances, impacting vegetation and wildlife such as reindeer and salmon. Arctic coastal areas, particularly those with sea ice will see increased erosion, earlier sea ice break up and later sea ice formation. The loss of sea ice will also have a dramatic impact on the weather patterns in the lower latitudes and effects are already being seen across North America, Europe, Russia and Asia.

The Intergovernmental Panel on Climate Change (IPCC) also tells us that the melting glaciers, disappearing sea ice and thawing permafrost  in the Arctic has led to predominantly negative impacts on food security, water resources, water quality, livelihoods, health and well-being, infrastructure, transportation, tourism and recreation, as well as culture of human societies, particularly for Indigenous peoples. Costs and benefits have been unequally distributed across populations and regions.

In addition to the changes for the Arctic and its residents, the changing Arctic is having global economic and governance implications. Decreasing sea ice is opening up new trade routes between Asia and Europe. Natural resource extraction and exploration is increasing, as well as sustainable tourism. This globalization of the Arctic and its resources is having major implications for international relations and cooperation.

The Polar Regions have been an important area for international collaboration for decades. The Antarctic is unique in that it is a global common, not owned by any one country and governed by the International Antarctic Treaty where signatories agree that the continent should be protected and serve as an area for science cooperation and peace. Conversely, the Arctic region, while also cold and often thought of as remote, extends to both open international waters and to areas under the sovereign jurisdiction of  8 countries (Canada, Denmark, Finland, Iceland, Norway, Russian Federation, Sweden and USA). These 8 countries cooperate under the auspices of the Arctic Council, which was created in 1996, and agree to cooperate on many aspects of science as well as societal needs.

In 2017 the Arctic States signed the Agreement on Enhancing International Arctic Scientific Cooperation, which facilitates access by scientists of the eight Arctic governments to Arctic areas that each government has identified, including entry and exit of persons, equipment, and materials; access to research infrastructure and facilities; and access to data. The agreement also calls for the parties to promote education, career development, and training opportunities, and encourages activities associated with traditional and local knowledge. The agreement went into force in May 2018.

In addition to the Arctic States, many other countries without territory in the Arctic are interested in the region for various reasons: economics, science, conservation, tourism, resources, and many others. Some of the countries are observers of the Arctic Council and are involved in some discussions, but do not have official decision making ability in binding agreements. There are a few international mechanisms that have been established to aid in the discussions of Arctic and non-Arctic States. One such mechanism was established in 2016 by the United States - the Arctic Science Ministerial (ASM). The ASM was designed as a process through which Arctic and non-Arctic States could discuss science priorities and establish joint areas of cooperation and collaboration. The process evolved with the 2nd ASM where Germany and the EU (non-Arctic States) co-hosted the meeting with Finland (Arctic State and under the chairmanship of the Arctic Council at the time) held in 2018. The 3rd ASM was co-hosted by Iceland (Arctic State) and Japan (non-Arctic State) in 2021 (delayed due to COVID-19). The process now continues with the 4th ASM co-hosted by Russia (Arctic State) and France (non-Arctic State) in its early planning stages. This important process, which is not legally binding, provides a platform for important discussions on an international level dealing with Arctic Science priorities.

Registrations are re-opened for plenary sessions ONLY.

UNITAR is creating a waiting list to contribute to the breakout session dialogues. Expressions of interest are welcome.

Research and action contributions with science in the Arctic are highlighted by the 2017 Agreement on Enhancing International Arctic Scientific Cooperation that is binding among the eight Arctic states and the Arctic Science Ministerial (ASM) process that began in 2016 among Arctic and non-Arctic states with Arctic Indigenous Peoples' Organizations. This holistic (international, interdisciplinary and inclusive) project will address the inevitable question:

What are the relationships and synergies between the Arctic Science Ministerial (ASM) process and the 2017 Arctic Science Agreement, both of which involve ministries and science?

The theme of this project funded by the Ministry of Foreign Affairs of Japan is Enhancing International Scientific Cooperation: Arctic Science and Technology Advice with Ministries and will consist of 3 integrated webinars (each 2.5 hours) that are each framed around questions with plenary and breakout sessions:

The training on Enhancing International Scientific Cooperation: Arctic Science and Technology Advice with Ministries is composed of a series of three 2.5 hour webinars, namely:

1. What is Arctic Science?

2. How can science transform data into evidence for informed decisionmaking?

3. What international efforts/processes are needed to facilitate progress in understanding the Arctic system and its global impacts?

Webinar 1: What is Arctic Science?

Webinar 2: How can science transform data into evidence for informed decisionmaking?

Webinar 3: What international efforts/processes are needed to facilitate progress in understanding the Arctic system and its global impacts?

This holistic project on Enhancing International Scientific Cooperation: Arctic Science and Technology Advice with Ministries will be held online, consisting in a series of 3 webinars with a duration of 2-3 hours each, with plenary presentations and breakout sessions.

Six graduate students from Boston and Japan will contribute as key facilitators throughout the project. In addition to academic exchanges, the deliverable from this ASM project will be a summary publication in Science Diplomacy Action delivered for the Consulate-General of Japan in Boston with distribution to ministries among Arctic and non-Arctic states, as well as with Indigenous Peoples' Organizations inclusively seeking to enhance international Arctic scientific cooperation.

The 3 webinars with this project are open to Arctic scientists, decisionmakers, experts and residents as well as other interested individuals, inclusively.  Registration is required.

Separate from the invited plenary presenters and breakout- session moderators, if registration exceeds capacity, priority will be given to individuals who register for all three webinars.