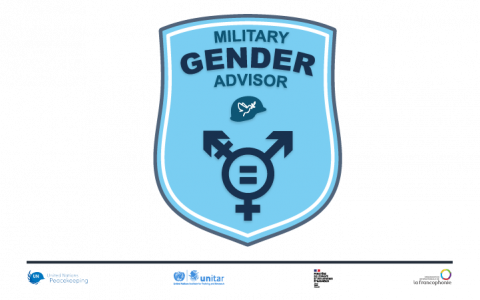 Type
Course
Location
Web-based
Duration
12 Months
Programme Area
Peacekeeping, Other
Website
https://unitar.org/sustainable-development-goals/peace/our-portfolio/pre-deploy…
Price
$0.00
Event Focal Point Email
pdta@unitar.org
Partnership
Department of Peace Operations
Organisation internationale de la Francophonie (OIF)
Government of France
Registration
Public – by registration
Mode of Delivery
E-learning
Language(s)
English, French
Pillar
Peace
Data Protection and Privacy
The personal data of participants applying for, registering for or participating in UNITAR's training courses and other events is governed by the Data Protection and Privacy Policy. By applying for, registering for or participating in this event, the participant acknowledges that he or she is, (or they are) aware of the policy and agree to its terms.
Background

This course will address the current capability gap of Troop Contributing Countries when personnel are deployed in the role of MGA or Military Gender Focal Point. There are currently no UN DPO Pre-Deployment courses that develop the capacity of military officers to integrate a gender perspective in a military context as required by MGA and MGFP. The UN requires each battalion to have at least one gender focal point (see United Nations Force Headquarters and United Nations Infantry Battalions Manuals). Until now, the UN did not offer specific training to train individuals ready to perform these specific functions.

The rationale for this course is mentioned in the UN Security Council Resolutions on Women, Peace, and Security (UNSCR 1325 and UNSCR 2242), which call on the Member States to better apply gender perspective into military peacekeeping activities. The 2015 High-Level Independent Panel on Peacekeeping Operations recommends that the Secretariat:

· Develop a strategy for the creation of gender-sensitive forces and police, in particular by encouraging troop-contributing countries to develop and/or implement a national action plan on UN Security Council resolution 1325 United.

·  Support Member States to establish a strong global training partnership, based on a training certification system to help target limited resources among the Member States.

·  Carry out gender-sensitive analysis throughout the process of analysis, planning, implementation, review, appraisal, and withdrawal of missions.

In order for the UN peace operations to better integrate a gender perspective in the implementation of their mandates, the UN DPO and UNITAR with the support of the IOF and France have developed the first training dedicated specifically to the roles and tasks of military gender advisers and military gender focal points within peace operations.

The training will enable participants to be sufficiently equipped to act as military gender advisers or military gender focal points in peace operations, and thus to be able to put into practice, taking into account the socio-cultural context of the theatres of operations, the UN Security Council resolutions on Women, Peace and Security, the protection of civilians, child protection and conflict-related sexual violence.

This training requires that participants master and imbibe certain essential skills, knowledge, and attitudes. This course will equip participants with the basic knowledge of their work as a Military Gender Adviser for the United Nations Peacekeeping Operations.

At the end of this course participants will be able to:

- Define key vocabulary and concepts related to the Women, Peace and Security Agenda, and relevant to your work as an MGA.
- Explain the responsibilities of the MGA and the MGFP at the FHQ, SHQ and unit levels.
- Recall the direction and guidance provided by the UN Security Council to the UN PKO for gender mainstreaming through UN mandate and UN Security Council Resolutions defining the WPS Agenda.
- Identify the main actors you will work with as an MGA and the coordination mechanisms to liaise with them.
- Explain how to conduct different types of gender analysis and assessments, and develop a gender strategy for the UN military component.

This course consists of five modules, the participants have 2 months to complete them.
Participants will be assessed at the end of each module. A score of 80% is required to pass the module and move on to the next. They are allowed 3 attempts.
At the end of the course, and if the assessments are passed, a certificate of completion will be issued to the participant.

Online, self-paced course organised into 5 main modules. In each module, the learner is presented with key information and exercises to enable them to integrate theory with practice.

This course targets Military Gender Advisors (MGA) and Military Gender Focal Point (MGFP). The training will be of interest also for civilians and professionals working in peace operations and is open to anyone willing to learn more about gender equality and gender mainstream in mission.

Please note that after signing up, you will receive an automated email with further instructions.