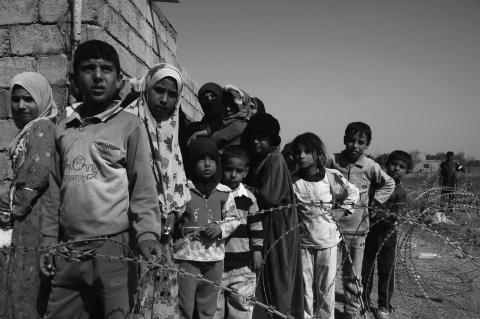 Type
Course
Location
Web-based
Date
4 Sep 2023 - 1 Oct 2023
Duration
4 Weeks
Programme Area
Peace Security and Diplomacy, Multilateral Diplomacy, International Law
Website
https://unitar.org/sustainable-development-goals/multilateral-diplomacy/our-por…
Price
$600.00
A limited number of fee reductions or waivers is available for this event. Click here for more information.
Event Focal Point Email
info.ilp@unitar.org
Registration
Public – by registration
Mode of Delivery
E-learning
Language(s)
English
Pillar
Multilateral Diplomacy
Data Protection and Privacy
The personal data of participants applying for, registering for or participating in UNITAR's training courses and other events is governed by the Data Protection and Privacy Policy. By applying for, registering for or participating in this event, the participant acknowledges that he or she is, (or they are) aware of the policy and agree to its terms.
Background

War remains a matter of great concern to humanity. Recent conflicts have demonstrated that the ravages of war continue to have a devastating impact especially on the civilian population.

War might be the “end of the law” as one said, but International Law is not silent on armed conflicts. From its conception in 1859 on the battlefield of Solferino to contemporary warfare, modern International Humanitarian Law (IHL) has been confronted with significant challenges. Since the times of horses and bayonets to drones and other ‘Lethal Autonomous Weapons System’ (the so-called “killer robots”), the IHL has always had the purpose of regulating the means and methods of warfare in order to limit human suffering. The development and sophistication of weapons has made it paradoxically problematic to distinguish between civilians and combatants in order to better protect the former. In addition, the proliferation of non-international armed conflicts (civil wars) and the emergence of new forms of armed conflicts, i.e. the “war on terrorism”, pose new challenges to the protection of civilian persons and goods.

The course is aimed to provide participants with an advanced knowledge of IHL and to offer an innovative analysis of the legal uncertainties surrounding new-age military capabilities namely drones and other weaponry systems.

At the end of the course participants will be able to:

This course promotes an interactive approach through lessons and multimedia material, stimulating critical thinking.  Each module has its own learning objectives, as well as interactive online lessons, which guide participants through the contents. The lessons are also available in PDF format so participants can work offline. Contents and activities are practice-oriented and under a self-assessment approach, so participants will learn through practical examples and assignments associated with research and case scenarios. This experience will be supported by the UNITAR team, additional resources and material, and visuals such as infographics and videos.

Kindly note that the course will only take place if the minimum number of participants has been reached. The Course schedule is subject to change. The course fee is non-refundable but transferrable to another course or participant and subject to change as per UNITAR's policy on pricing.